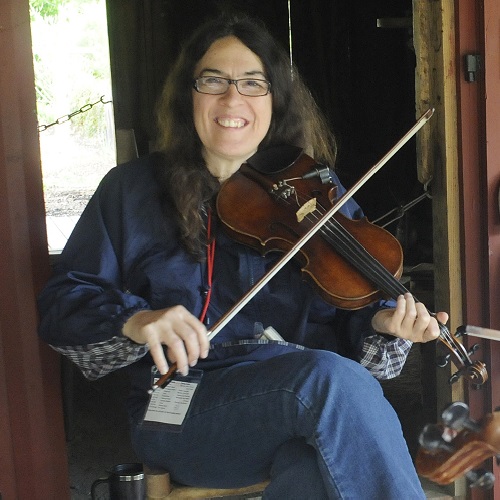 New Orleans-based Gina Forsyth is an award-winning singer/songwriter, who is known for her wizardry on fiddle and guitar. With an alto as unique as it is soulful, unpretentious songs that cut straight to the heart, and a wicked sense of humor, her live performances are legend. Considered one of the best Cajun fiddlers in Louisiana—no small feat—Gina is in demand from many other musicians as a session player and for club gigs and festivals.

On Gina’s latest CD, Promised Land (2012), the title song reached #1 on the Folk DJ list in January 2012 and the CD ended the month at #3. It also made the final voting round of 50 by the Recording Academy to determine the nominees for “Best Folk Album of the Year” for the 55th Annual Grammy Awards.

3. She’s an Entertainer
As noted by Dan Willging in Offbeat Magazine, “She’s hilarious commenting on her native, beloved South (“Sweet & Sunny South”) when she sings, ‘We love our musicians and our fascist politicians,’ then questions the South’s provincial view on gay rights.”

4. The Press Loves Her
Glowing reviews include “Promised Land is an album no folk music lover should pass up. Well-written tunes, crisp production and instrumentation framing a message of reminiscences form a performer who does it as well as it can be done.” John McClure of Victory Music