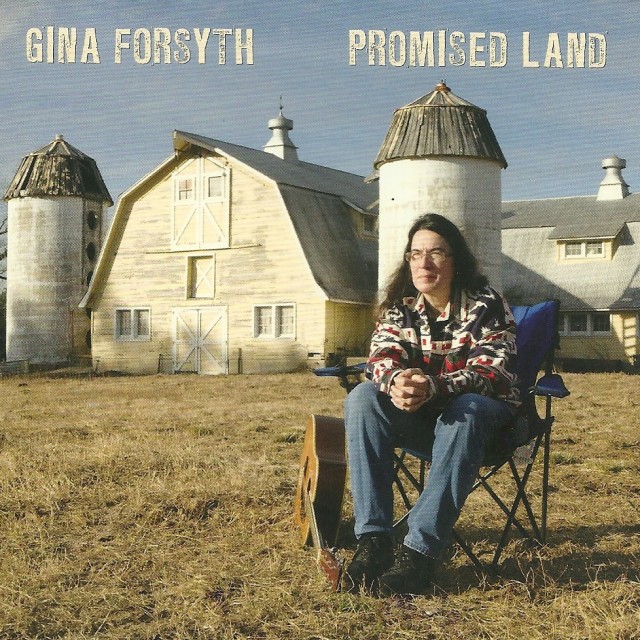 Buy from LMF Buy from Amazon

You can also get it directly from Gina, at her PayPal page, Ginafsyth@aol.com

Promised Land hit #3 on the Folk DJ list and made the voting round of 50 to determine the Grammy nominees for “Best Folk Album.”

“Promised Land” is an album no folk music lover should pass up. Well-written tunes, crisp production and instrumentation framing a message of reminiscences from a performer who does it as well as it can be done. In showing us where we’ve been, this CD tells us where we are in a way that is at once heartwarming and heartbreaking. “Promised Land” is a beautiful keeper, and I give it my highest recommendation. John C. McClure, Victory Music

“Superb. This is powerful, thoughtful music full of insights and great stories. The subtle combinations of voice, guitar and fiddle sets this album apart from the mass of other music that crosses my desk."